SIDE EFFECTS OF LASERS 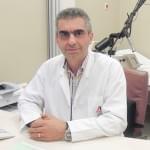 Laser therapies are one of the most preferred treatment tools in Dermatology and Cosmetology in recent years.

Different types of laser are used for numerous procedures, such as depilation, scars and acne scars, removal of tattoos, capillary varices and redness on the face and on legs, anti -aging, moles and warts, spots, vascular moles, also known as hemangioma and for cosmetic reasons. The most important intended purpose of lasers that made it known in the society is removal of unwanted hair, in other words, epilation.

While lasers provide benefit for people in many aspects, many people are still worried about this modality. Even the name “laser” makes some people anxious. On the other hand, lasers have been produced for therapeutic purpose and they enable us to carry out easy and quick treatments and provide quick, efficient and notably successful treatments on patients. Of course, it is impossible to speculate that there is no risk of side effects for a dermatological treatment. However, the possible side effects of all dermatological treatments have been determined and reported in detail. All the possible side effects of dermatological laser therapies have been also determined and reported in full detail.

The most common side effects of dermatological laser therapies are scar and pigmentation (in other words, skin color changes).

The second most common side effect is burns. However, this side effect is mostly caused by a bad laser (described as incorrect implementation) or by an unconscious user. If a burn develops, then permanent burn scars, color changes and brown or white spots can develop on the skin.

The possibility of another remarkable side effect, other than ones written above, is very low.

However, it is necessary to discuss most frequently asked 5 questions with all patients. The first question almost all patients ask to the Dermatologists is whether laser light is a carcinogenic light or not. All dermatological laser devices use beams near to the visible light and they do not have cancerous potential. More clearly, laser lights are not carcinogenic lights. Giving such an example will summarize the issue better; if we are exposed to sun light for a long time for sun tanning, we can get cancer due to the carcinogenic effects of ultraviolet lights, but it is impossible to get cancer even if we receive laser light for days and even for weeks.

The second question of patients is if their lymph nodes would be damaged or not after a laser therapy is applied on armpit. The laser light that we use has an effect only on the upper layers of the skin and its effectiveness ends right under the hair root line. Therefore, it cannot go down as far as the lymph nodes and it is impossible for the laser light to influence them. Moreover, these devices are color-sensitive, and since lymph nodes are not colored, laser light cannot damage lymph nodes even if they could achieve to go down to that area (since they could not be absorbed in that area).

The most frequently asked third question is " Would my female genital organ be damaged or not after a laser application on the genital area (in other words groin), and would my fertility be affected or not?” As I mentioned before, the laser light will no means pass through the skin and move along all the tissues and reach the female genital organ. Therefore, there cannot be such a side effect.

The most frequently asked fourth question is;" Do lasers cause cancer?” Lasers are used successfully in Dermatological treatments for about more than 30 years. Even a single cancer case has not been reported to date. As I mentioned before, they do not fall within the carcinogenic light beam array. Despite all these information, we still cover the moles during laser applications in order to avoid exposure to laser light.

The most frequently asked fifth question is; "Could laser application be carried out in summer?”. Exposure to sunlight (in other words ultraviolet light) after laser treatment can cause formation of spots. For this reason, people should be very careful at summer. Although it is not completely right to say "Laser application shall not be carried out at summer”, there are inter-personal variations, and therefore, assessment should be made specific to the patient and we recommend that it should not be applied to ineligible patients and applications should be reserved for eligible patient.

In conclusion, the source of these questions asked by patients is unknown and they do not go beyond an urban legend.

As it is in all medical treatments, laser treatments have a structure composed of three elements: a good laser device, a good dermatologist and patients who completely follow the recommendations. If all these elements are strong, we obtain the highest treatment success along with the lowest side-effect risk.

Don’t forget; lasers are also produced in order to be beneficial for humanity exactly like medicines or other medical devices and it will always give good results when applied at the right time, at right place, on the right patient and at recommended doses.

This post has been written by Uzm. Dr. Murat Baykır and viewed 10746 times. 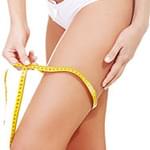 With the coming of spring, nature starts to arise from its long sleep and offer ... 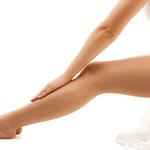 A bright, smooth, spotless, creaseless, tense and younger skin is a desired cond... 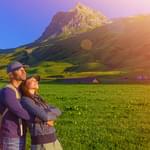 THE SUN AND THE VITAMIN D

Today, it been proven in many studies that; sunrays and UV-rays disrupt DNA stru...